Legends and Legacy: The masking of Black health in America 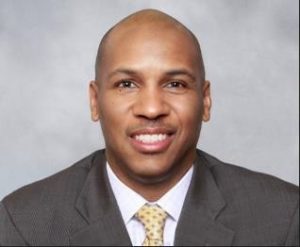 Dr. Izard’s talk focused on the health impacts of systemic racism, followed by a question and answer session.

Milwaukee native, Dr. Tito Izard, is consistently voted one of Milwaukee’s Best Family Physicians. He has 20 years of experience as an educator, instructor, and chief administrator of medical practices with an emphasis on urban health issues, clinical practice redesign and reducing health disparities.

Dr. Izard is a 1996 MD graduate of the University of Wisconsin School of Medicine and Public Health. In 1999, he was the first African American family physician to be appointed assistant professor within the University of Wisconsin’s Family Medicine Department and Aurora Health Care’s youngest medical director to lead a multi-disciplinary clinical practice. Dr. Izard developed and implemented an urban health training curriculum for UW and Aurora Health Care’s residency program. As the former medical director, this emphasized training in urban underserved medicine led to his recruitment of more African American physicians than any other residency program in Wisconsin.

In 2006, Dr. Izard left academics to dedicate his practice to the central city of Milwaukee. He currently is the President & CEO for Milwaukee Health Services, Inc., an independent not-for-profit Federally Qualified Health Center. His comprehensive health facilities provide medical, dental and behavioral health services for economically disadvantaged families, of which 97% live at or below 200% of the Federal Poverty level. Dr. Izard has recruited more physicians and underrepresented ethnic minority practitioners than any other healthcare practice in Wisconsin and has become the most diverse provider group practice in the state.

His model for recruitment and retention of providers dedicated to working with disparate populations has received national recognition. He served for seven years on the National Advisory Council for the National Health Service Corp. In 2017 as chairman.

Dr. Izard received his B.A. in Social Work from Marquette University in 1992. He was Marquette’s first Social Worker to become a physician. Dr. Izard matriculated to the University of Wisconsin School of Medicine and Public Health, receiving his medical degree in 1996. Currently, he serves on the school’s Wisconsin Medical Alumni Association’s Board of Directors.

Download a PDF to promote the Friday, January 15 virtual event at UWSMPH