A Conversation on Disability Rights

Presented in partnership with the Path of Distinction in Public Health 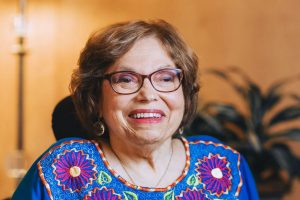 Judy Heumann is a lifelong advocate for the rights of disabled people. She has been instrumental in the development and implementation of legislation, such as Section 504, the Individuals with Education Act, the Americans with Disabilities Act, the Rehabilitation Act, and the UN Convention on the Rights of Persons with Disabilities.

Her memoir, “Being Heumann: An Unrepentant Memoir of a Disability Rights Activist,” co-authored by Kristen Joiner, was published in 2020. She is also featured in the Oscar-nominated documentary, Crip Camp: A Disability Revolution, directed by James LeBrecht and Nicole Newnham. Judy produces a podcast called The Heumann Perspective, which features a variety of members from the disability community.

Judy serves on a number of non-profit boards, including the American Association of People with Disabilities, the Disability Rights Education and Defense Fund, Humanity and Inclusion, and Human Rights Watch. She has 20 years of non-profit experience working with various disability organizations, including being a founding member of the a founding member of the Berkeley Center for Independent Living. Prior to starting the Judith Heumann LLC, she served in the Clinton Administration and Obama administrations. 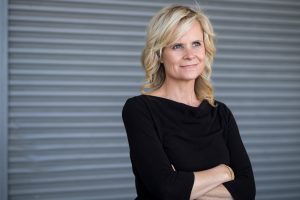 Kristen graduated from the University of Wisconsin with a BA in comparative literature and set out to try and change the world. After working as a community organizer on the US/Mexican border, managing a HIV policy program with the Senegalese and Ghanaian parliaments, and co-founding a green school in her hometown of Madison, Wisconsin and a Brooklyn-based non-profit that accidentally pioneered a new approach to comprehensive sexuality education, she started writing.

In 2015, her agent introduced her to the international disability rights activist, Judy Heumann, who let Kristen co-write her book even though Kristen had never really understood disability rights despite her experience working in gender and human rights. Determined to understand the world through Judy’s eyes, Kristen co-wrote Judy’s memoir, Being Heumann: An Unrepentant Memoir of a Disability Rights Activist and the young adult version, Rolling Warrior: The Incredible, Sometimes Awkward, True Story of a Rebel Girl on Wheels.

Being Heumann has been optioned by Apple TV for a feature film directed by Oscar nominee Sian Heder (CODA), currently in pre-production. Kristen’s writing has also appeared in Ms. Magazine, Stanford Social Innovation Review, Stuff and other outlets. She speaks Spanish and bad French, continues to be fascinated by people who refuse to accept the status quo, and currently lives in New Zealand with her family and their dog, Hana.

January 27, 2021: Hot Topics in Public Health: The Coronavirus Pandemic at One Year